Apache Hive introduced Live Long and Process (LLAP) on v2.0 and made great optimization on v2.1, which shows that Hive has evolved to memory computing. Currently, as tested by Hortonworks, LLAP working together with Tez is 25 times faster than Hive v1.x. LLAP provides a hybrid execution model consisting of a long-lived daemon which replaces direct interactions with the HDFS DataNode, and a tightly integrated DAG-based framework. For example, features such as caching, pre-fetching, certain query processing, and access control are moved into the daemon. Small/Short queries are largely processed by this daemon directly, while any heavy lifting will be performed in standard YARN containers.

Here, you need to enter the actual ZooKeeper address and port in the hive.zookeeper.quorum configuration item.

Here, LLAP execution and configuration files will be generated in the current directory. Run the run.sh script as prompted as shown below: 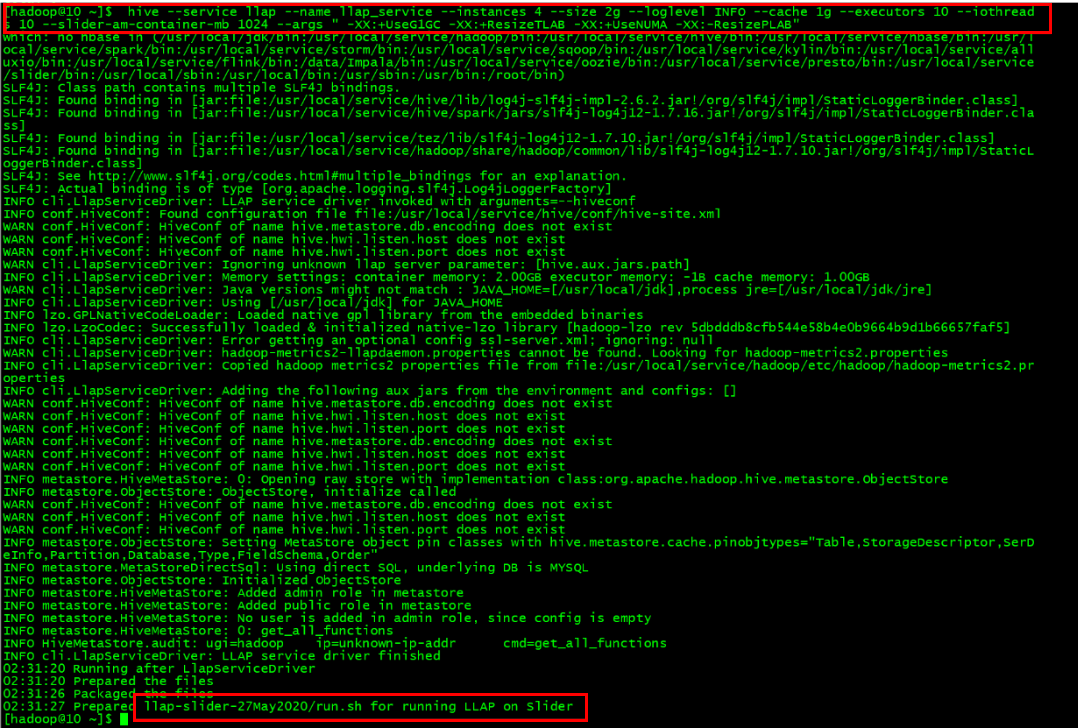 Run the run.sh file above, and a resident application will be submitted in YARN. Wait for several minutes, and you can see the application in yarn-ui.