This document describes how to use the version release feature in a code repository.

The version release list displays code versions released in a project with their tag names and committed versions by descending order of creation time.

Click any code version in the version release list and go to the details page. The release creator or project admins can click the Edit Version Description button to edit all information except the tag name.

On the details page of a code version, the release creator or project admins can delete the version by clicking on the Delete icon.

You can also delete the linked version tags when deleting a version. You can only use or create a tag with the same name after you have deleted the version tag. 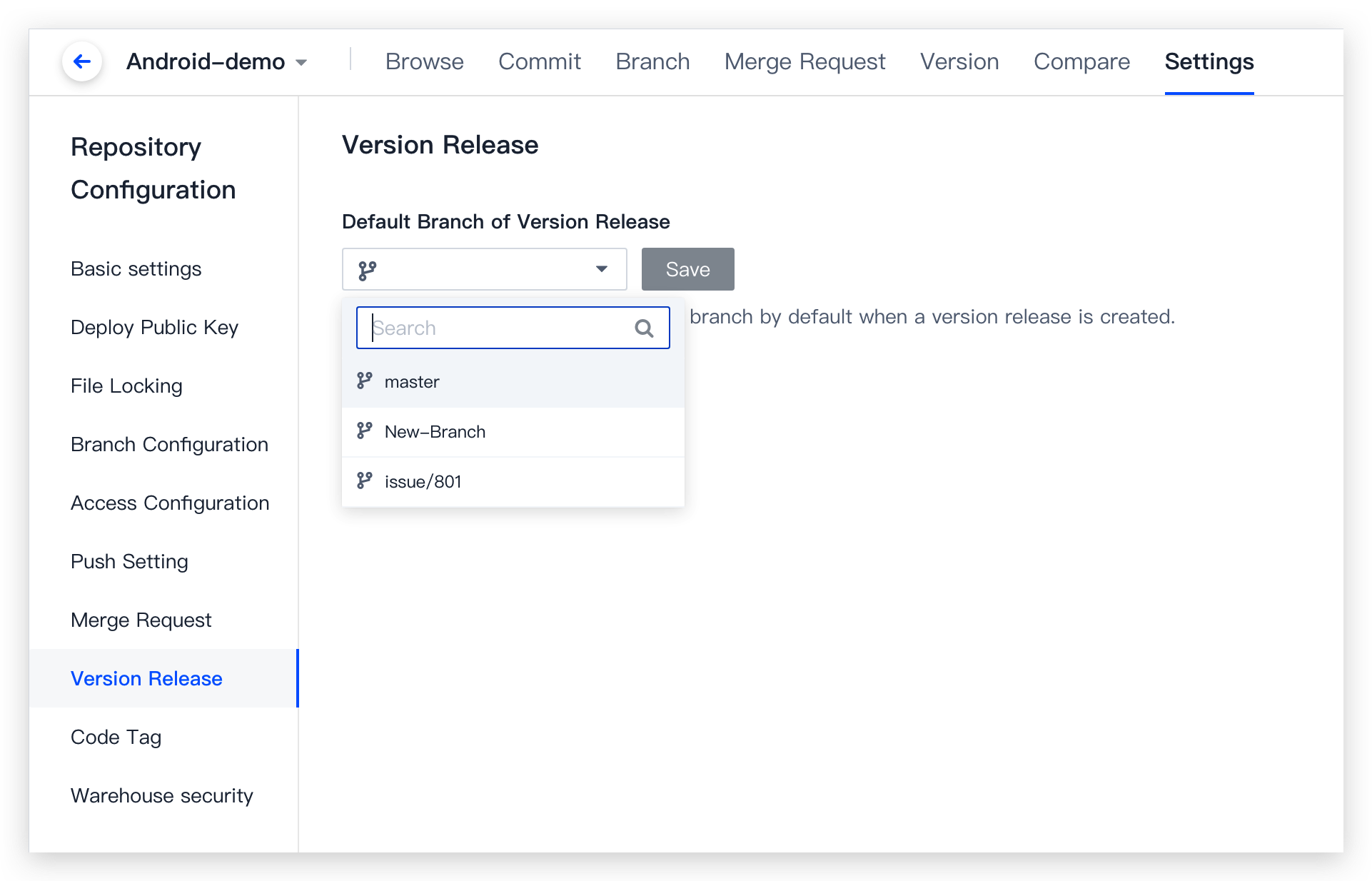