Build plans can be starred and grouped to help you quickly locate build plans that you are following.

This is a personal setting that only takes effect for the user who has starred a plan. Click the star on a build plan area, and you can view only starred plans in "My Stars" tab. 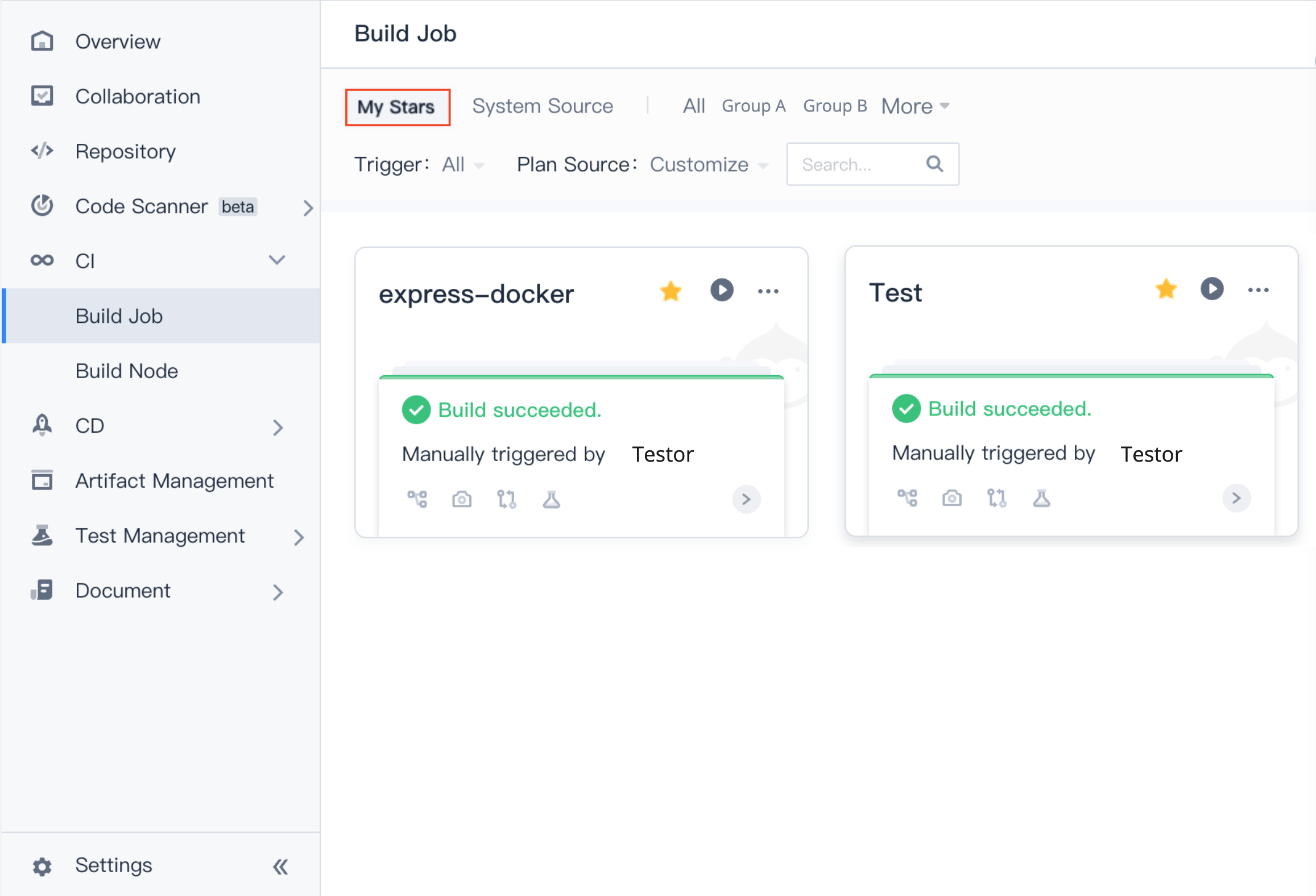 This is a global setting that is only accessible to users with permission to "Continuous Integration Management". Members of a project can view the groups and categories configured for build plans and conveniently sort plans.

Click "More" > "Create Group" and enter a group name to create a group.

You can modify group names, change the order, and create and delete groups. 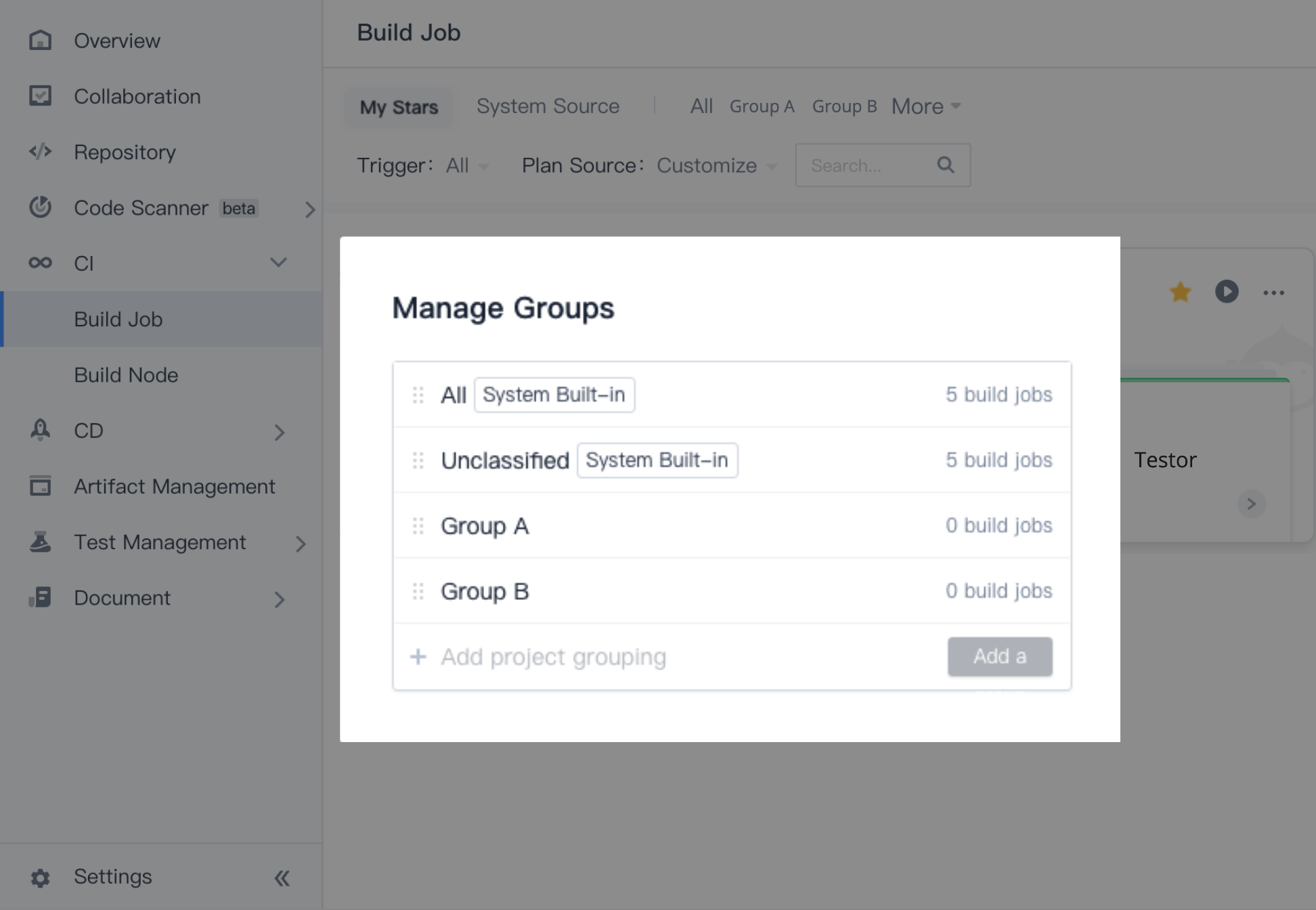 Click "Batch Sort Build Plans" to enter the build plan sorting page. You can select multiple and move them to the same group at once. Then the selected build plans can be seen a separate group tab after being added.

In the search bar on the right of the build plan page, you can filter build plans by name. Select "Filters" > "Only Me". Only the latest build plans triggered by you will be shown. This filter can also be enabled in the build records.

You can also sort the build plans by the trigger time of the latest build records.