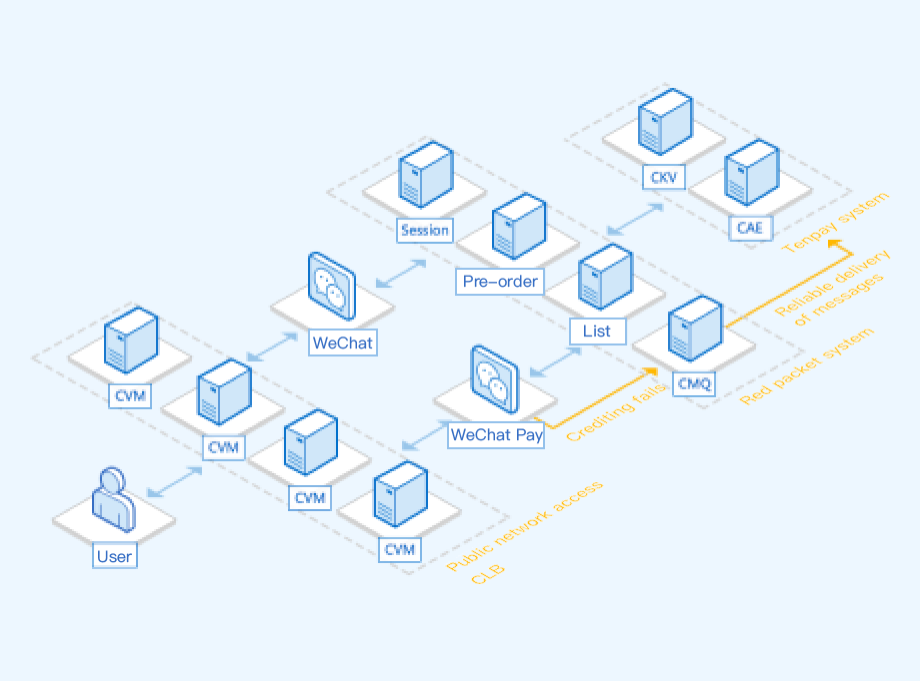 Distributed transaction processing similar to the red packet system is the key focus. For example, user A sends a red packet of 10 CNY to user B with the following steps involved:

To ensure data consistency, the steps above have only two results: all steps either succeed or fail and then get rolled back. In this process, the distributed lock mechanism needs to be applied to the accounts of both user A and user B to avoid dirty data. In the WeChat red packet system, which is a huge distributed cluster, this issue may become extremely complicated.

Fortunately, the WeChat red packet system utilizes Tencent Cloud CMQ to avoid excessive overheads caused by distributed transactions. In the same scenario where user A sends a 10 CNY red packet to user B with CMQ used, things are much simpler as follows: