You can estimate your SCF usage and calculate the corresponding fees by using the SCF Price Calculator. For more information on SCF billing, please see Billing Mode, Pricing, and Notes on Overdue Payment.

SCF is pay-as-you-go hourly in USD based on your actual usage. An event or web function bill consists of the following parts (each part is billed according to its statistics and calculation method, and the fees are accurate to two decimal places in USD).

Resource usage will be calculated for each function execution and aggregated in each hour as the hourly resource usage.

Each function triggering and execution will be calculated as an invocation and aggregated in each hour as the hourly invocation volume. Fees will be charged per 10,000 invocations.

Outbound traffic will be generated when resources are accessed over the public network in a function, such as uploading a file to an external storage space: 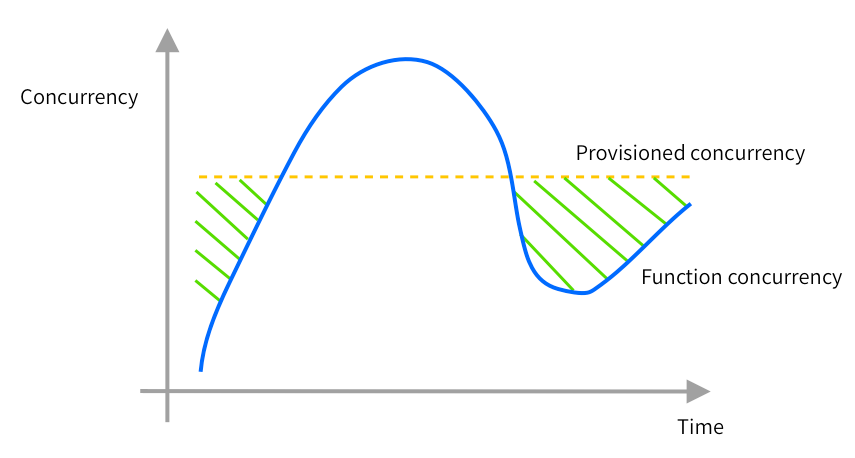 For example, if a function version with 128 MB memory has a provisioned concurrency quota of 12,800 MB (10 instances), and it has 8 concurrent instances in 10 seconds, then:

Fees of Other Services

If you use other services such as CMQ, CKafka, API Gateway, and COS when using SCF, fees will be calculated according to the billing rules of the actually used services.