How to Use Story Points

This document describes how to use story points in CODING.

What Is a Story Point?

In traditional IT projects, the project manager often needs to estimate the costs for an upcoming project, including the workload, software and hardware costs. At the end of a project, most teams will find that the cost estimates that took a long time to prepare are often very different from the actual costs when reviewing the project. Traditional software teams usually estimate workload with time. Time is an absolute value that is usually estimated with historical empirical information. Time estimation works for teams with a fixed process and stable requirements. However, these meticulous estimates often restrict teams that are facing changing complexities. Every step of the way, a team has to check back with the original plan: Have we exceeded the estimated time? Are we up against the deadline? Have we achieved the original plan?

A core difference between agile estimation and traditional time estimation is the concept of relative value. Agile estimates are based on story points rather than absolute estimates in days or hours. Story points are a common relative value in agile development. In other words, given two requirements, we can estimate that one is larger than the other by a number of times, but we are unsure of the exact workload of each requirement.

What Are the Benefits of Story Points?

Story points allow teams to resolve problems based on difficulty rather than time. Team members can focus on creating value instead of the amount of time spent.

In practice, estimation with time and story points each have their own advantages and disadvantages in different scenarios. In summary, good estimation practices help teams stay on top of project costs and profitability and reach a consensus on the effort, priority, and value of requirements to be delivered, leading to better business decisions. Let's take a look at how to estimate with story points.

How to Use Story Points

Story points are measured using the Fibonacci sequence: 1, 2, 3, 5, 8. (CODING uses an improved model.) In the approximate Fibonacci sequence, the difference between adjacent numbers increases as the numbers increase, allowing the difficulty of requirements to be easily identified and compared. For example, a 34-point requirement is different from a 21-point one, but it would not be very agile to debate over whether a feature is 34 or 35 points.

Before a new iteration starts, all members need to meet to assess the story points of requirements. 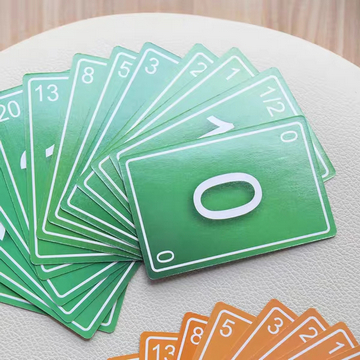 Suppose the team has agile planning poker cards (each with a story point on the back).

The estimation results are put face down initially to avoid the herd effect (or deference to authority) that may result in random changes to one's result during the assessment.

During actual agile development, the estimated number of points may be different from the actual situation due to business uncertainty, new changing factors, and subjective factors. We hope the following suggestions can help you improve story point estimation efficiency: