In the process of configuring a continuous integration (CI) plan, you can set trigger rules as necessary for running the build plan. These include the run frequency and trigger conditions of the build plan. The following trigger methods can be used in every CI build plan.

You can combine these methods.

You can manually trigger a build plan by entering the build parameters, which will be added to the build environment in the form of environment variables. 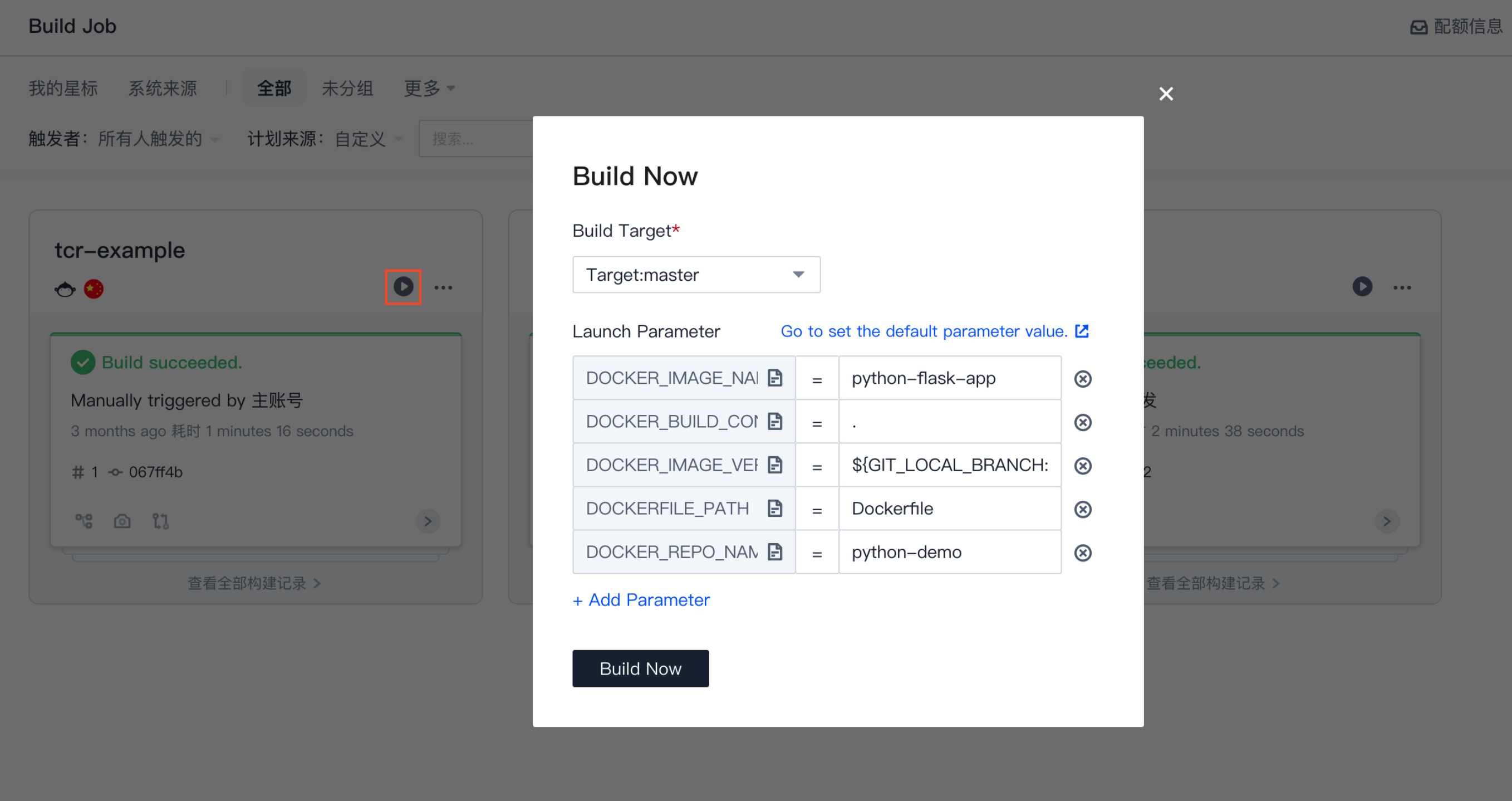 A merge request triggers a build in the following circumstances: 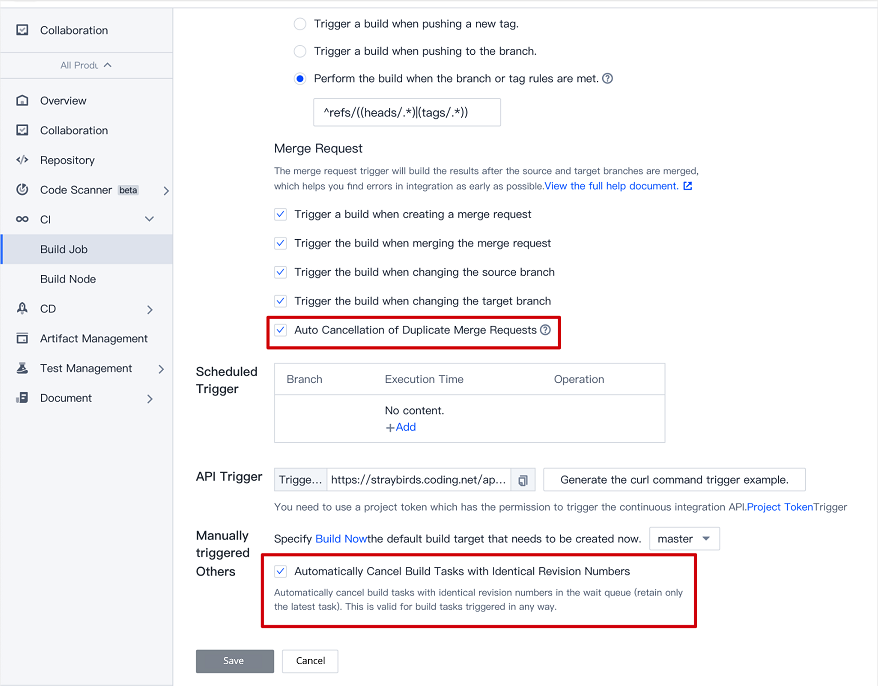 In the case of Bind Private GitLab, GitLab Webhooks will be automatically created. Subsequently, CODING will be notified of events to match the above-set trigger rules. 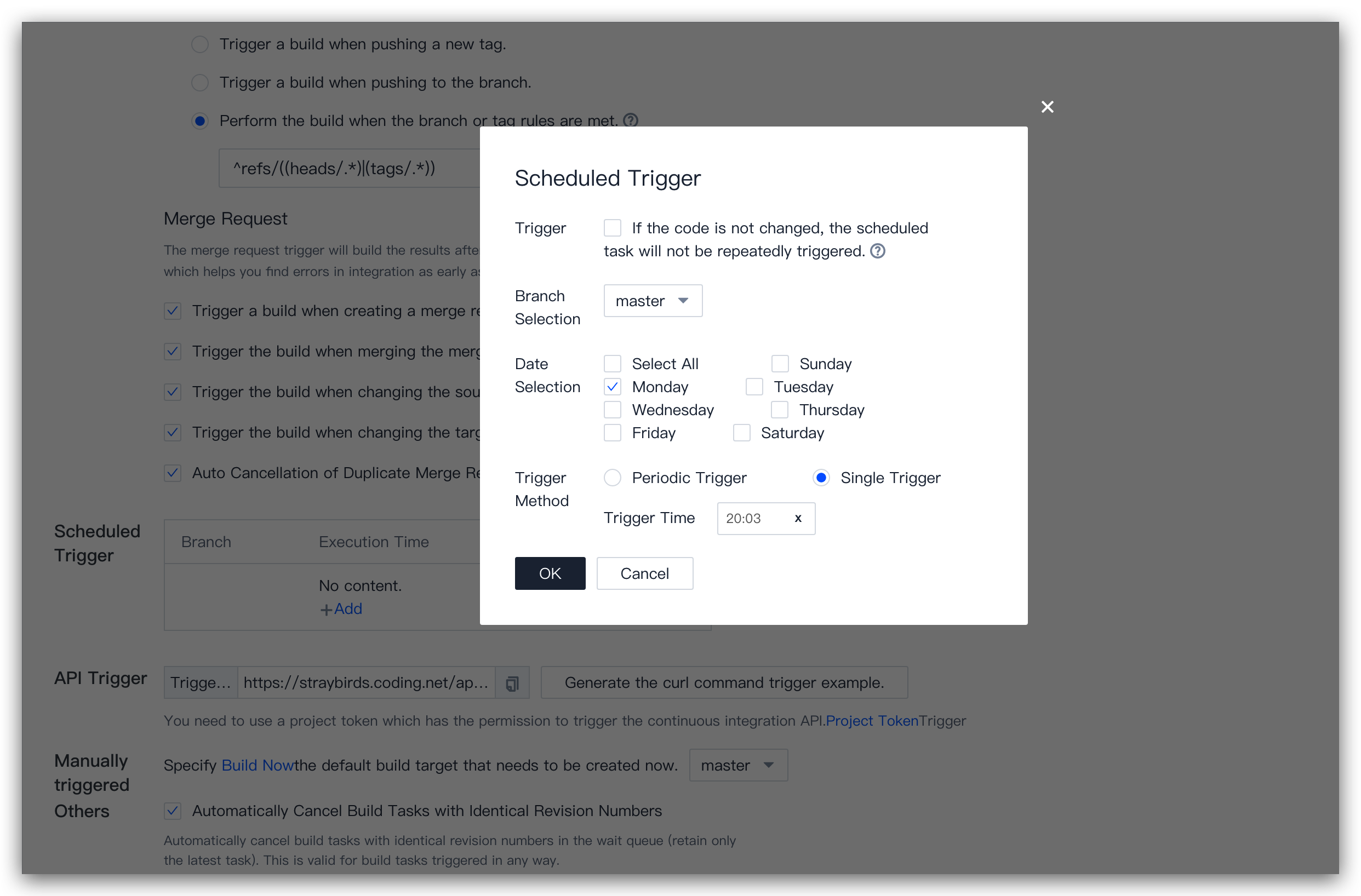 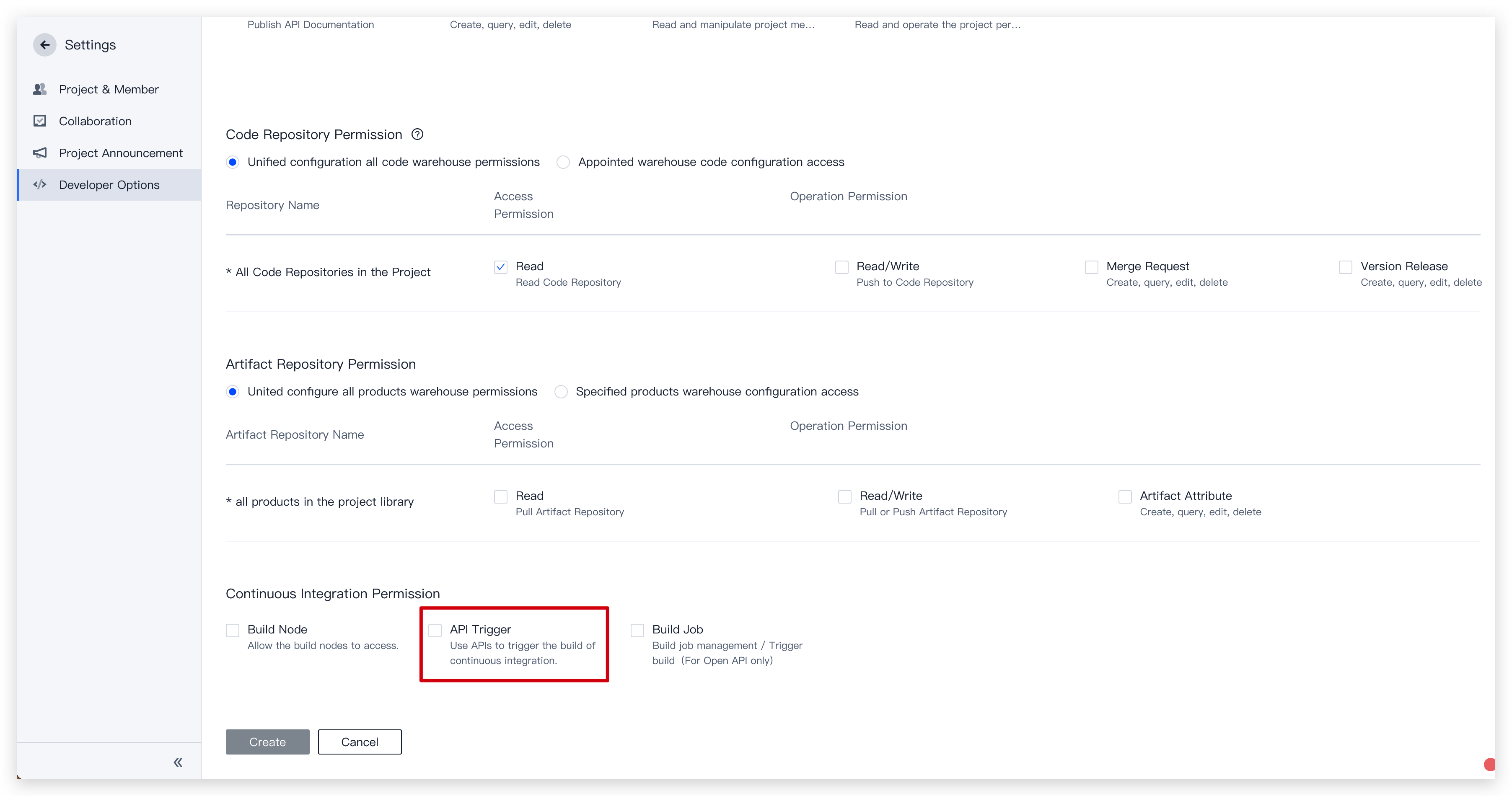 With the token, you can call the API in a build plan. Select "Generate cURL command to test trigger" to generate the call command.

When the project token calls the CODING Continuous Integration (CODING-CI) API, the authentication method is Basic Auth. See the API parameters below.