In a continuous integration process, we may incorporate configurations (such as an account password or version number) into the build process as environment variables. CODING Continuous Integration (CODING-CI) supports environment variables in multiple formats. You can incorporate variables into a build process with the following methods (in order of highest priority to lowest):

This document describes these methods in detail.

You can use "environment" to define environment variables in a Jenkinsfile (as follows):

Startup parameters are the next most important environment variables. You can select or fill in their values when starting a build plan. 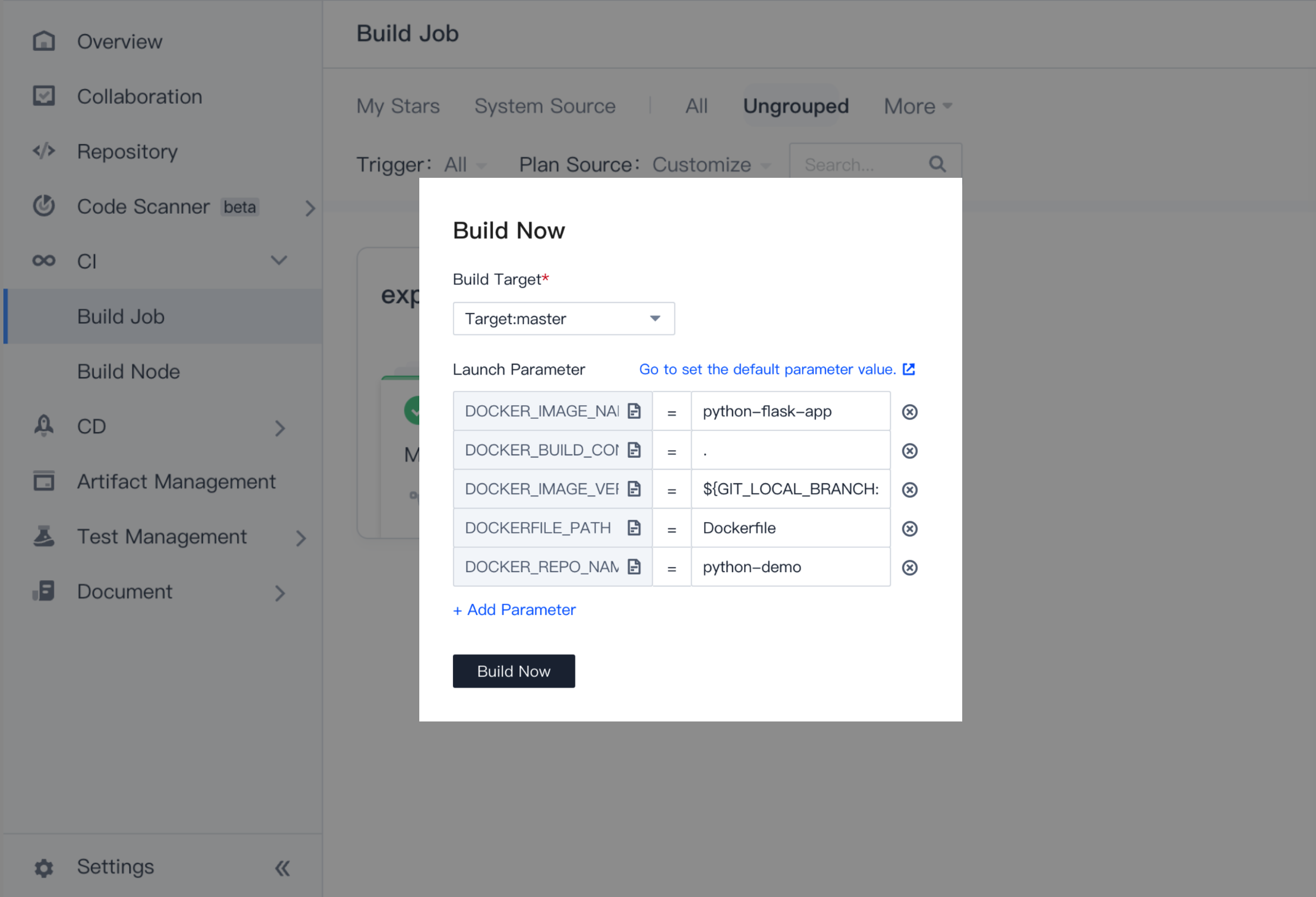 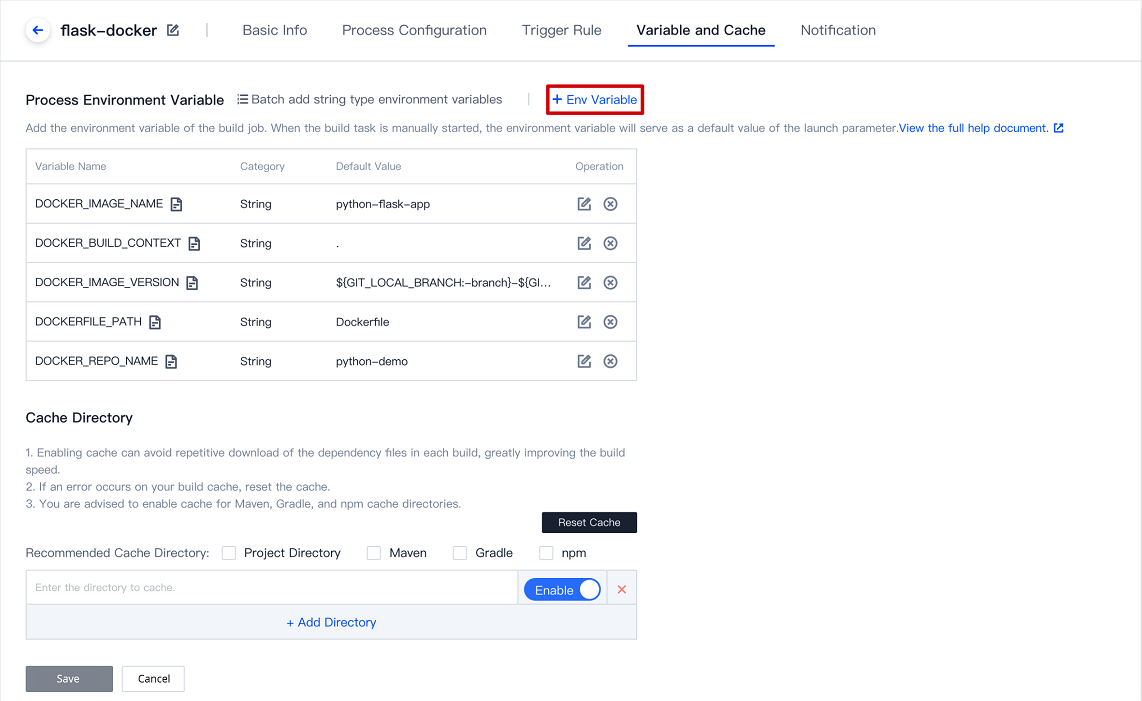 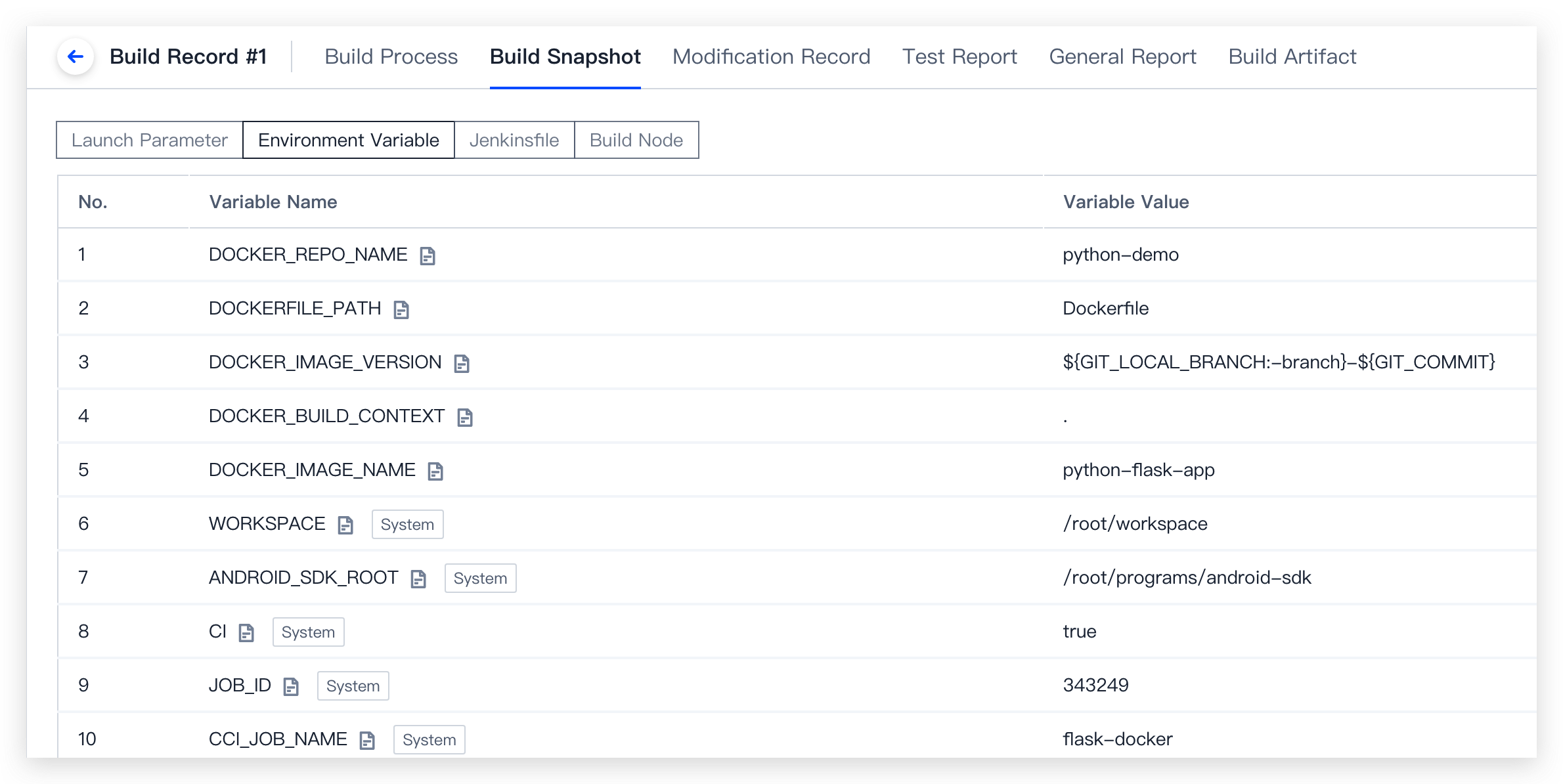 The environment variables are summarized below by trigger rules (triggered upon code updates, scheduled trigger, or triggered upon merge requests):