How can I ensure that messages produced by the client are sequential in the same partition?

A single producer produces messages to a single partition sequentially.

How many connections does a client generally establish to brokers for message production?

For a single client instance (a producer object created with the new command), the total number of connections established between it and all servers ranges from one to n (n refers to the number of brokers).

How do I know whether a message is successfully sent from a client?

After sending a message, most clients will return a Callback or Future. A successful callback indicates that the message is successfully sent.

You can also check whether a message is successfully sent in the console by the following methods:

You can print the partition information returned by the send method to check whether the message is successfully sent: 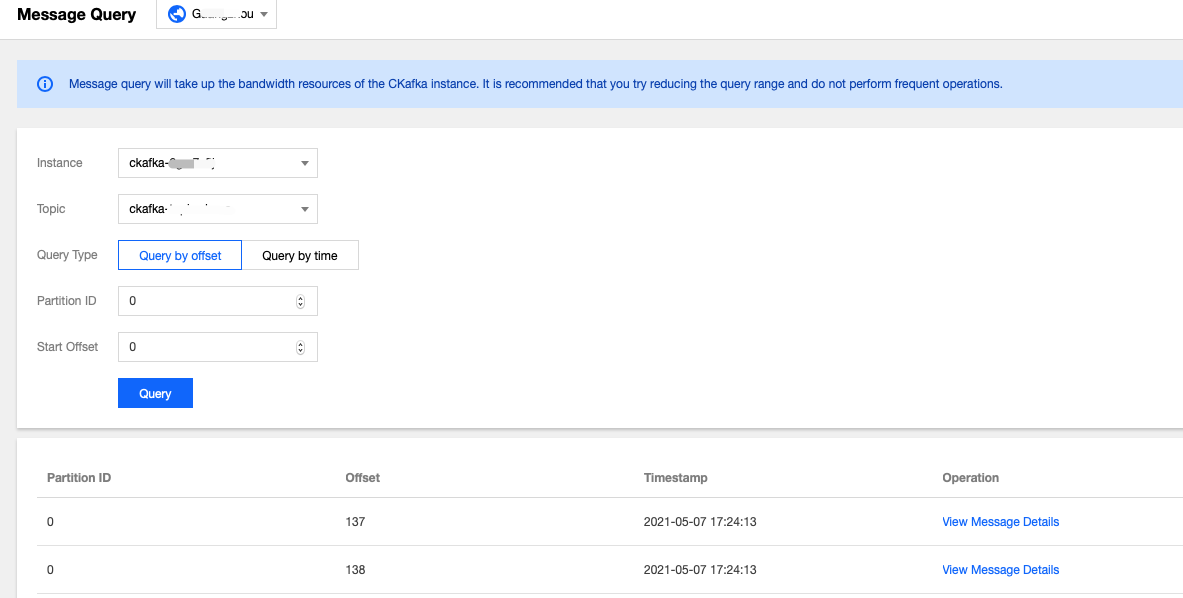