This document describes how to quickly run the IM demo for Unity.

You have signed up for a Tencent Cloud account and completed identity verification.

Use Unity to create a project, and record the project directory.

Open the project in the Unity Editor, wait until dependencies are loaded, and confirm the Tencent Cloud IM is successfully loaded. 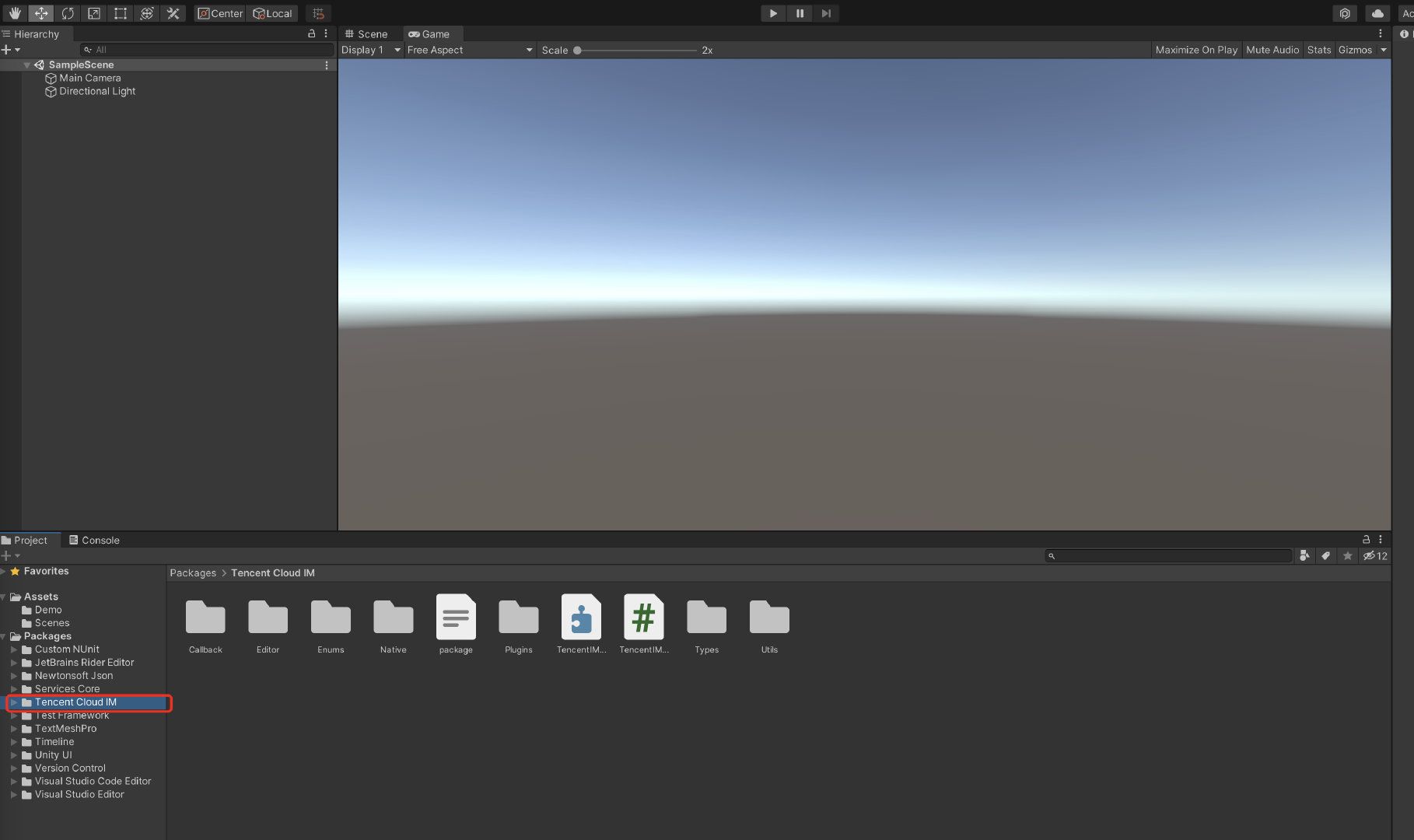 What platforms are supported?

What should I do if clicking Build And Run for an Android device triggers an error, stating no available device is found?

Check that the device is not occupied by other resources. Alternatively, click Build to generate an APK package, drag it to the simulator, and run it.

What should I do if an error occurs during the first run for an iOS device?

What should I do if Unity v2019.04 reports the following error for iOS?

Library/PackageCache/com.unity.collab-proxy@1.3.9/Editor/UserInterface/Bootstrap.cs(23,20): error CS0117: 'Collab' does not contain a definition for 'ShowChangesWindow'
Choose Window > Package Manager on the toolbar of the Editor and downgrade Unity Collaborate to 1.2.16.

What should I do if Unity v2019.04 reports the following error for iOS?

Library/PackageCache/com.unity.textmeshpro@3.0.1/Scripts/Editor/TMP_PackageUtilities.cs(453,84): error CS0103: The name 'VersionControlSettings' does not exist in the current context
Open the source code and delete the code snippet of || VersionControlSettings.mode != "Visible Meta Files".