Short videos generally refer to videos of less than 5 minutes in length, mainly including:

Video encryption is a specific scenario of long video playback scenarios, where copyrighted videos such as exclusive TV series and online courses are encrypted to avoid unauthorized download and distribution.

For various video playback scenarios, we recommend you use the Player SDK to play back the output video of adaptive bitrate streaming in VOD. The overall playback architecture is as follows: 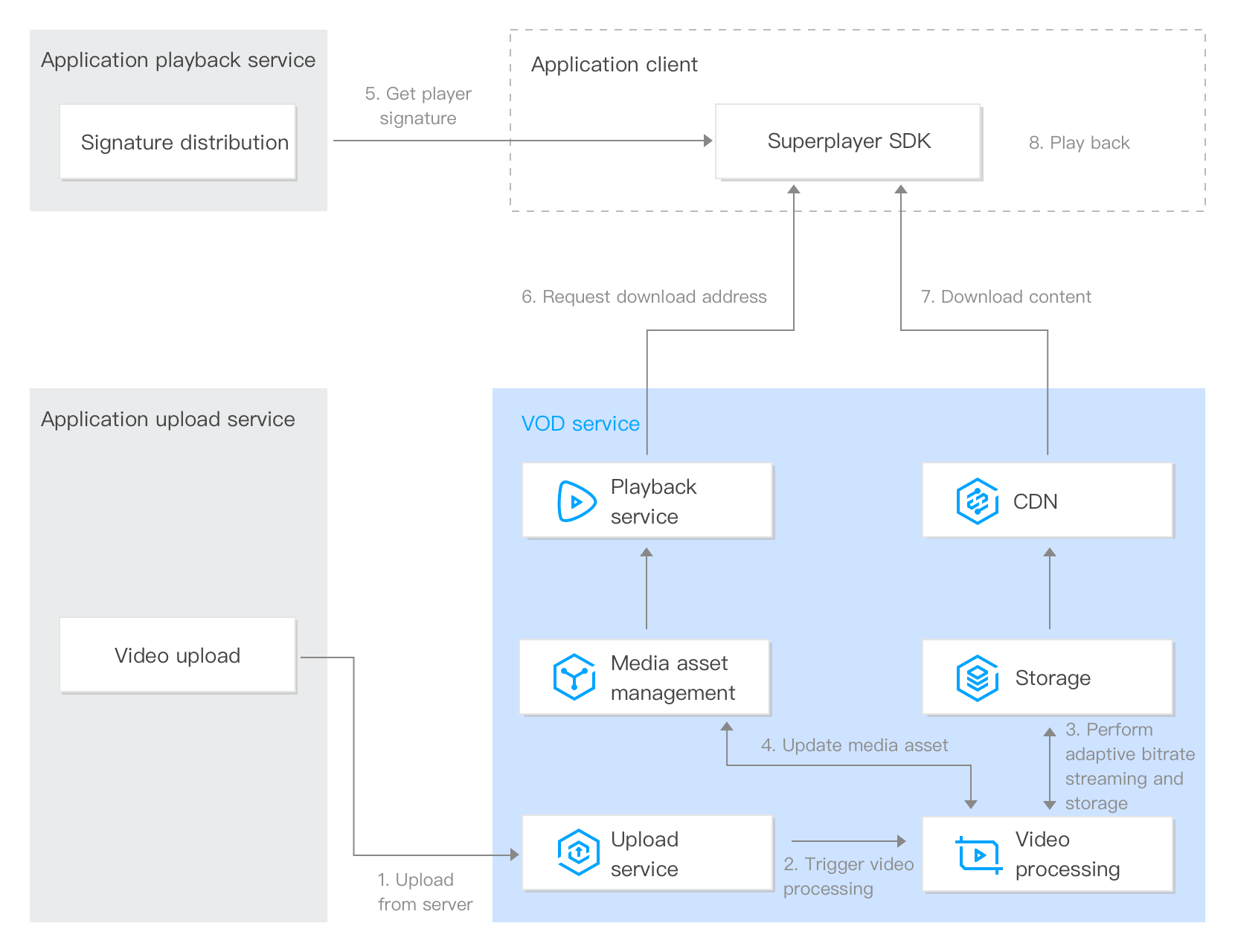